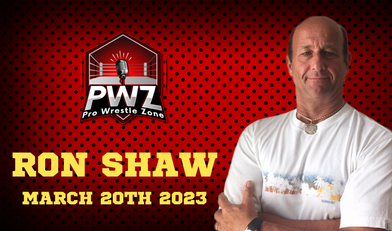 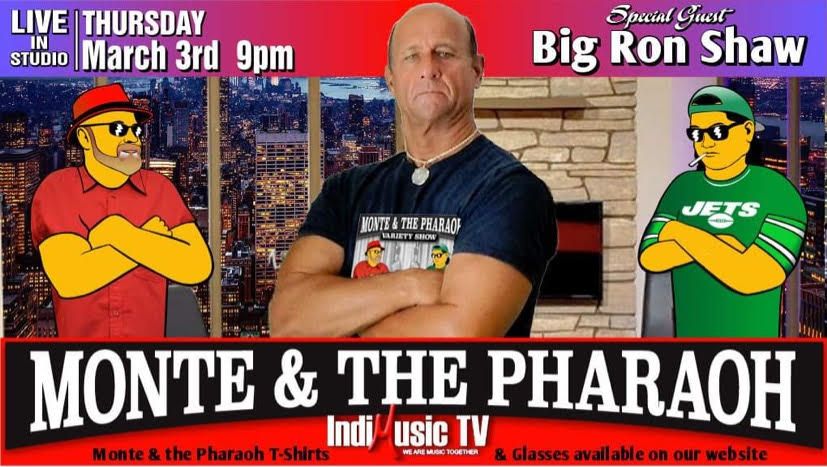 Thanks to James Romero of WSI.  I have put up 3 clips from our interview on November 1, 2021 and will put the entire 1hr & 45 minutes  in April.  (Go to Radio Interview Section)

July 6, 2021 Tuesday eve I was the guest on Dan & Benny In The Ring Show as we talked about pro wrestling.  Check out past shows, they are also on facebook.   Can be heard in replay on the same site. https://danandbenny.podbean.com

Don’t Call It An Upset: Ron Shaw Reflects On His Career

The Philadelphia-born wrestler is known for one of professional wrestling's biggest upsets. What has he been up to since?

It all started when Ron Shaw was eight years old.

Shaw, his father, and a few of his uncles sat ringside at a World Wide Wrestling Federation (WWWF) show at the Camden Convention Hall. They got those seats because Shaw’s cousin, a doctor, was the attending physician at the show.

At intermission, Shaw went backstage to the dressing room and saw some of the giants of the industry—Crazy Luke Graham,  Apache Bull Ramos, and Chief Jay Strongbow.

“Who would have ever thought, [15] years later, that I’d be wrestling some of those guys?” Shaw said.

Shaw, born and raised in the Torresdale neighborhood of Philadelphia, wrestled from 1980 until his retirement in 2000. Although he’s not a name mentioned often on WWE Network specials, he had enough of a following to warrant starting his own website, a retrospective of his career and updates on what he’s doing in retirement.

After graduating from Abraham Lincoln High School, he tried out a number of different trades, including construction and truck driving. At 23 years old, before he fully settled on any of them, he signed up for Killer Kowalski’s wrestling school in Massachusetts. After training there for 16 weeks, he asked Kowalski to pass along his name to the WWF. Shaw felt a connection with Kowalski, as they were both Polish.

Two weeks after returning to Philadelphia, Gorilla Monsoon called Shaw and asked him to work a show. Shaw began going to local shows with his gear, hoping to wrestle. Every so often, someone wouldn’t show up and he would fill in.

He spent much of his career in the WWF, wrestling some of the biggest names in the business. He fought Andre the Giant and The Freebirds. On July 7, 1980, just a few months into Shaw’s career, he wrestled Hulk Hogan at a TV taping at Agricultural Hall in Allentown, Pa.

“He was a little bit confused,” Shaw said of Hogan. “You could see that he was green, even though he had wrestled before. But he’s not a technical wrestler as far as holds … he sat me up on the turnbuckle and gave me a little tap on the cheek and he finished with the leg drop across the throat. Back in the dressing room, he said ‘Yeah, I don’t know why I sat you up there and gave you a little smack on the cheek.’ I can understand him being nervous. Both of us were green, but he was the top talent that was getting pushed.”

Shaw continued working as much as he could for the next five years. He was fairly well known in Philadelphia at the time—Howard Eskin featured him in a spot for the local news and Ray Didinger quoted him in a story.

Shaw is perhaps most famous for his match with David Sammartino, son of Bruno Sammartino, at The Spectrum on Nov. 22, 1985. Sammartino was the more prolific wrestler and was largely expected to win. However, Shaw bodyslammed Sammartino multiple times and then put him in a Bear Hug, to which Sammartino voraciously submitted, giving Shaw the surprising victory.

Given the reaction of the crowd, the tone of the announcers, the difference in prominence of the wrestlers involved, and the fact that Sammartino left the company shortly afterward, most think the match was thrown. Sammartino has said that to be the truth.

Shaw, however, does not concur. He points to the seven bodyslams, the two punches to the back of the head, and the nature of a business that, at the time, still protected kayfabe.

“You have to look at that and say ‘Hmm. Is what David Sammartino saying true?’” Shaw said. “Or is he just trying to save himself in a situation where Big Ron Shaw squashed him that night and literally put an end to his career?”

Unfortunately for Shaw, that match didn’t result in a big push. He continued working shows for the WWF, but by the 1990s, he was working for independent promotions. Shaw disliked the way the WWF was headed, as he considers himself an old school wrestler. He said he hasn’t followed any promotion since retiring in 2000.

Who would have ever thought, [15] years later, that I’d be wrestling some of those guys?

“I think it was more personal,” Shaw said. “A small crowd of fans, maybe it was two or three thousand people, and it was packed. They were sold out wherever they went. We were promoting wrestling at the time, and it was hold for hold. … I knew the direction it was going in [after my retirement], and it just does nothing for me.”

During the 1990s, Shaw briefly ran a wrestling school with a fellow Philadelphia wrestler, Larry Winters. It didn’t last long, and Shaw eventually had to give the ring away just to get it out of the gym they’d used.

Shortly before retiring from wrestling, Shaw moved from Philadelphia to Fort Myers, Fla. He spent more than decade driving a tractor trailer for the United States Postal Service before fully retiring. He now spends a lot of time golfing and has dropped 40 pounds from his wrestling days, when he was a 6-foot-3, 270-pounder.

He didn’t publicly address his wrestling career for nearly 15 years, until he started reading about the early deaths of old-time wrestlers, including Winters, who died of a heart attack in January.

“A lot of people were asking about me,” Shaw said. ‘Is Ron Shaw still alive? What’s he look like?’ I’ve been quiet for 15 years. Nobody’s ever heard from me.”

Shaw, now 57, created his website to answer those questions and assure people he’s still alive and well. He’s a rare case—a retired professional wrestler that looks back on his career fondly, with no regrets or unsettled scores. It all goes back to the trip to the show in Camden, when he was 8. Ever since then, he’d wanted to be a wrestler.

“I lived out a childhood dream,” Shaw said. “I even put it in my high school yearbook. That’s how gutsy I was.”